The Duke’s moustache was rising and falling like seaweed on an ebb-tide.

Uncle Fred in the Springtime 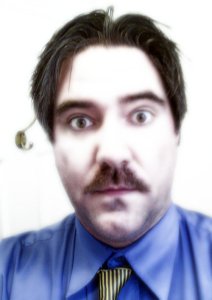 Today’s men and women are bewilderingly well informed on matters of sex, relationships and fashion. But our sources are silent on the subject of character. The very notion of character seems to have shifted from something everybody had, for better or worse, to a questionable distinction to be hushed-up wherever possible.

That is until November, when faces begin to sprout the first tell-tale signs of Movember. For every upper lip concealed, Movember reveals much about modern man, testing him in ways he is seldom tested in these times of peace and comfort.

Consider the trials awaiting the man who can only affect the merest wisp of growth upon his upper lip, or the man destined by fate to appear ridiculous in any moustache. Watch carefully, the way in which he endures his misfortune. And what might we say of the man who gives up, placing the pristinity of his upper lip above all things?

For those who persist with the task, raising funds for men’s health, clues to their character can be seen in the moustaches they fashion. Compare the man who settles in early November on a simple style, which he maintains without fuss for the duration, with one who delights in bizarre experimentation. And what can tactfully be said of the narcissistic groomer who can’t leave the thing alone. Oh yes, November is a month for observation.

Like so many heavily moustached men, Mr Duff was unaware of the spiritual shock, akin to that experienced by Macbeth on witnessing the approach of the forest of Dunsinane, which the fungus had on nervous persons who saw it suddenly on its way towards them.

P.G. Wodehouse tackles the weighty issue of moustaches, as test of both character and relationships, in Jeeves and the Feudal Spirit. 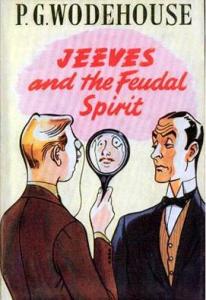 …I saw, as I had foreseen would happen, that his gaze was riveted on the upper slopes of my mouth. It was a cold, disapproving gaze, such as a fastidious luncher who was not fond of caterpillars might have directed at one which he had discovered in his portion of salad, and I knew that the clash of wills for which I had been bracing myself was about to raise its ugly head.

Wodehouse employs the moustaches of Bertie Wooster and Stilton Cheeswright to demonstrate the futility of struggling against a partner’s iron will. An iron will is never appealing, but a man who is prepared to tailor his face to your specifications may not be such a catch either.

Movember is no time for comment or criticism — it is a time for careful observation, before it’s too late. I married a man whose chin I’d never seen and even now it lurks behind the shrubbery, waiting to be revealed like Dorian Gray’s portrait.

As I presented myself, she gave the moustache a swift glance, but apart from starting like a nymph surprised while bathing and muttering something about ‘Was this the face that stopped a thousand clocks?’ made no comment.

The weird and wonderful moustaches of Movember can be great fun to observe, but ultimately Movember is really about supporting men’s health (see further details at the end of this post). As character tests go, simply being involved is a promising sign. And character is everything in Wodehouse’s world — a man can have a crooked face and a cauliflower ear and still reign supreme, admired by one and all. Just as it should be.

The last words on the subject, I leave to Bertie and Jeeves.

‘You hurt and disappoint me, Jeeves,’ I said, sipping a couple of sips and getting suaver all the time. ‘I could understand your attitude if the object under advisement were something bushy and waxed at the ends like a sergeant-major’s, but it is merely the delicate wisp of vegetation with which David Niven has for years been winning the applause of millions. When you see David Niven on the screen, you don’t recoil in horror, do you?’

‘No, sir. His moustache is very becoming to Mr Niven.’

How to Support Movember

You can find out about Movember and how to support men’s health at au.movember.com and follow the hashtag #Movember to see the weird and wonderful moustaches grown by people souls taking on the challenge.

10 thoughts on “P.G. Wodehouse, Movember, and the psychology of the upper lip”